The data has been crunched and the results are in from the field testing of the Bonaire Medium Wave (AM) directional antenna array. I recently posted some pictures of the testing here on Bonaire. Here are a couple pictures from the Dominican Republic, where Joe and Helmut performed some additional field strength measurements.

We are very pleased to learn that the measurements confirm that the antenna array is shaping and directing our radio signal just like the computer models predicted.

TWR, Dominican Republic, is one of 12 Trans World Radio offices and studios in the Americas region. This team produces Spanish language programs that are aired on four stations in the DR, covering about 60% of the population. Three of the programs from the DR are also aired on about 100 stations in 12 other countries, including TWR, Bonaire. The DR office also produces programming in the Creole language for the neighboring country of Haiti. 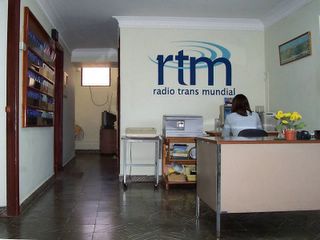 The February edition of the Lausanne World Pulse missions web site has an overview of some Trans World Radio's Spanish language ministry initiatives.

Here we see Joe and Helmut in action, as they measured the signal from Bonaire at a few locations around the Dominican Republic. 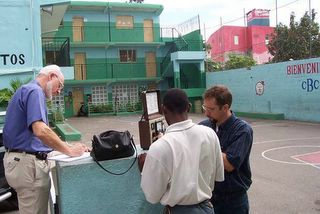