The weather has been funny lately here on Bonaire. Super clear one moment, pouring rain the next, Sahara dust etc. But we had a couple clear nights. I got up around 2am the other night to do some meteor observing. Saw a handful of nice ones. Saturday evening, I took pictures of the Lagoon and Trifid Nebulae from out at the TWR transmitter site. And I got back up around 4:30 to see Mars and Uranus close together in the Eastern sky. Uranus was positioned at about 8 o'clock compared to Mars. Monday morning, they'll be more or less side by side as seen on Bonaire. (If you are up around 40 degrees North latitude, Uranus would have been at about 10 o'clock compared to Mars, and probably a bit higher than that tomorrow.) Both planets fit nicely in the field of view of my 10x30 binoculars. 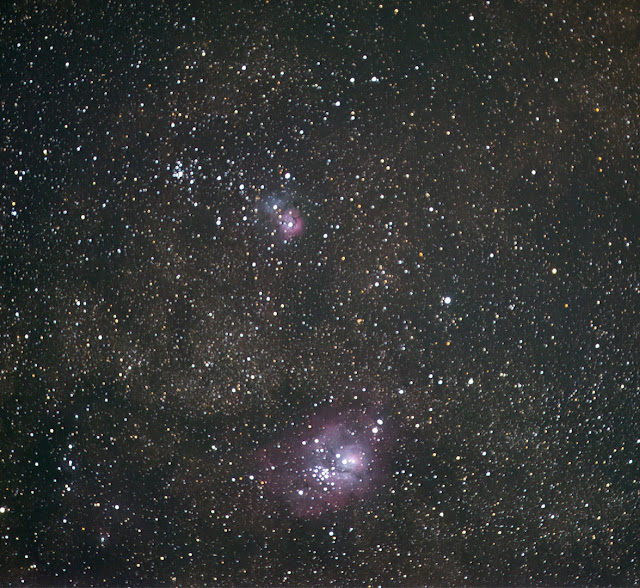 A skinny Moon and Venus were side by side in the sky this morning.  They were in and out of the clouds but looked nice together. 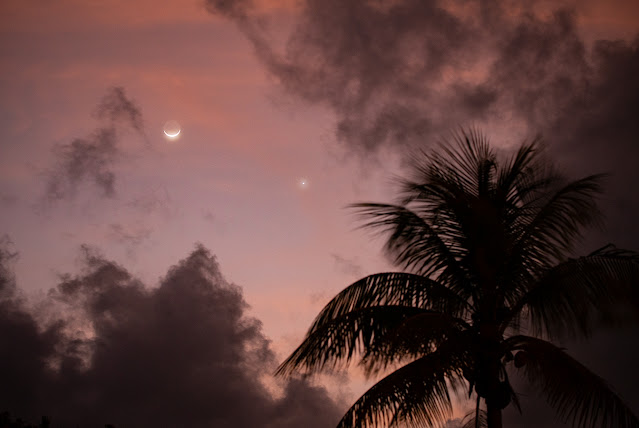 The rain we had from the Tropical Depression that passed to the South of Bonaire last Wednesday has caused a few Kibrahacha trees to pop. A Tropical Wave passed to the North of Bonaire on Saturday which completely shut down the wind. That made for an awesome bike ride Saturday morning. The winds filled back in with a vengeance on Sunday, creating what our son and I used to call "the Nuke after the Lull," back when we were windsurfing regularly. 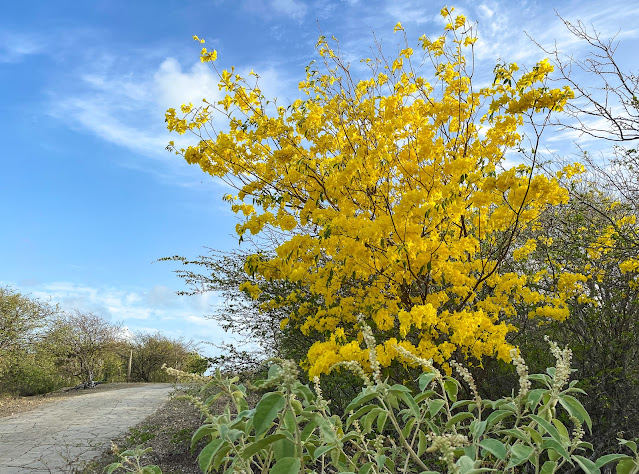 Early to bed and early to rise people have an opportunity to see all the naked eye planets lined up in a row in the morning sky right now. It has been hazy and cloudy for more than a month here on Bonaire, but when i woke up at 5:20 this morning, i ran outside and was able to spot the planets through holes in the clouds, just not all at the same time. Mercury was low on the Eastern horizon, then came Venus, Mars, Jupiter and Saturn. Jupiter was almost straight up and Saturn was somewhat to the West past vertical. I'd have to shoot a panorama to get all the planets in a picture. And i think that if I were to resize it to Facebook size, the planets would disappear. I went back out at 5:40 and could still spot the planets but the brighter sky made them not as impressive. Still didn't see all five planets at the same time though. Here is a Sky and Telescope article about the planet lineup.

If the very cloudy skies here on Bonaire ever clear up, we'll be treated to a Lunar Eclipse on Saturday night. Here on Bonaire the Umbral shadow will become visible starting at 10:28 pm. Totality starts at 11:29. Max eclipse is at 00:11:28. Totality ends at 00:54 and the partial phase ends at 01:55. If it is clear out, I'll probably watch it until mid-totality and then head to bed.

It rained last night, but the skies were clear enough this morning that I could see Jupiter, Venus and the Moon close together in the East before my Koningsdag bike ride. 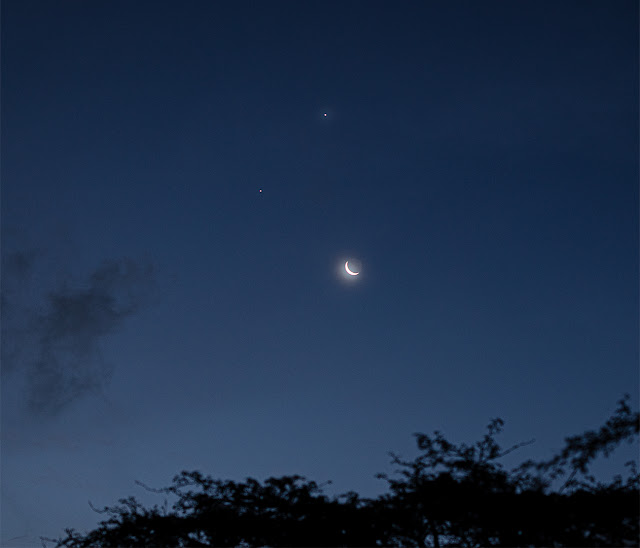 I saw the four morning planets at around 5:30 this morning. It has been pretty cloudy and hazy, but there was a brief window of opportunity. Venus is moving to the lower left, so the planes will be even more evenly spaced on Saturday, and maybe the best on Sunday. 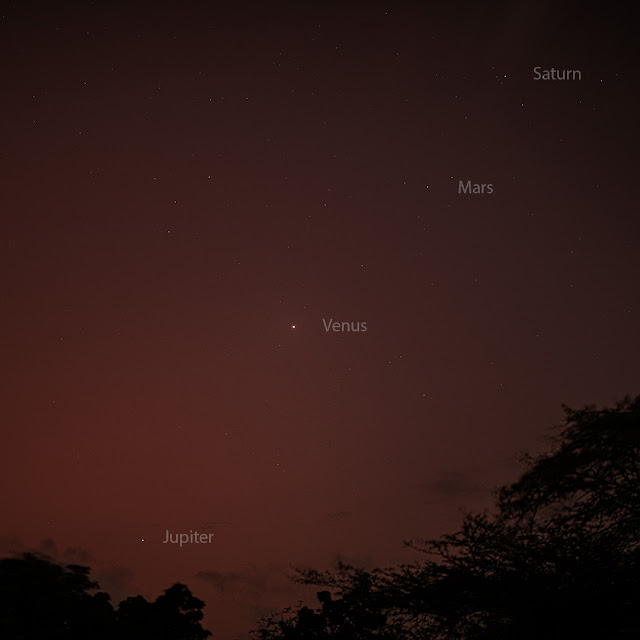