Blast from the Past

I've enjoyed flying around Bonaire with TWR missionary, Ernie Franke. I was rummaging through some old photos in the office and a number of aerial photos from April 1973 caught my eye.

I seem to recall that the Habitat just celebrated a major anniversary. Here is a picture from back in the day when they were the only thing happening on "hotel row". We used to snorkel from Hotel Bonaire to Habitat and then walk back on the road to warm up. 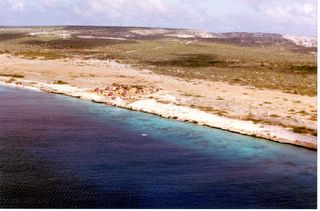 Here's pretty much what the airport looked like when I came to Bonaire in 1975. I think this picture is from 1973, but I suspect that it looks about right. It was an interesting flight, I know we stopped in Kingston Jamaica and maybe Curacao as well. The further south I got, the smaller the airports got. Lots of people used to drive out to watch any time a jet was scheduled to land, much like what still happens if a KLM Boeing 747 is scheduled to arrive. 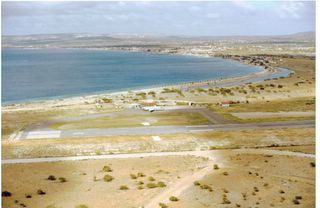 Here's an aerial view of Kralendijk from early 1973. 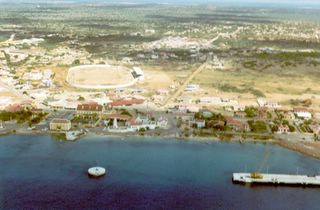 Here is a 1973 shot of Kralendijk, looking out to sea. 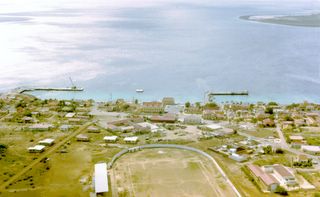 Speaking of a blast from the past, here is a web cam picture of our son, Richard, and his friend, Jim, diving behind our house, which was located right next door to the original Bonaire web cams. We've since moved inland, and so have Jake and Linda, but we all sure had a fun time while it lasted! 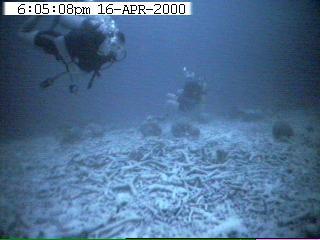