I recently wrote that we'd probably be selling the Buggy soon.  Well, I've had a change of heart, for now at least.  It is so peppy and fun to drive with the new exhaust system.

But we did sell our trusty 1991 Suzuki Samurai this week.  It is almost 23 years old and still going strong but there were a number of little issues that i didn't want to have to deal with.  The McGurks bought it, so we still see it at the TWR office every day.
We replaced the Samurai with a 2006 Brazilian Chevy S-10 pickup.  2006 seems pretty new compared to 1991.  There are loads of these Brazilian Chevys on the island, and they seem solid and durable.  This one began its life in a rental fleet, so it has loads of scuba diver induced rust to deal with.  I'll work on that over the next weeks and months.  It runs great and looks reasonably good, and the price was right. (you can't see the rust unless you look underneath the pickup)

I love being able to toss my bike in the back and zoom off somewhere.  It will also be much easier to haul all my telescope gear to dark sites with the pickup.  If feels huge and heavy compared to the little Samurai. 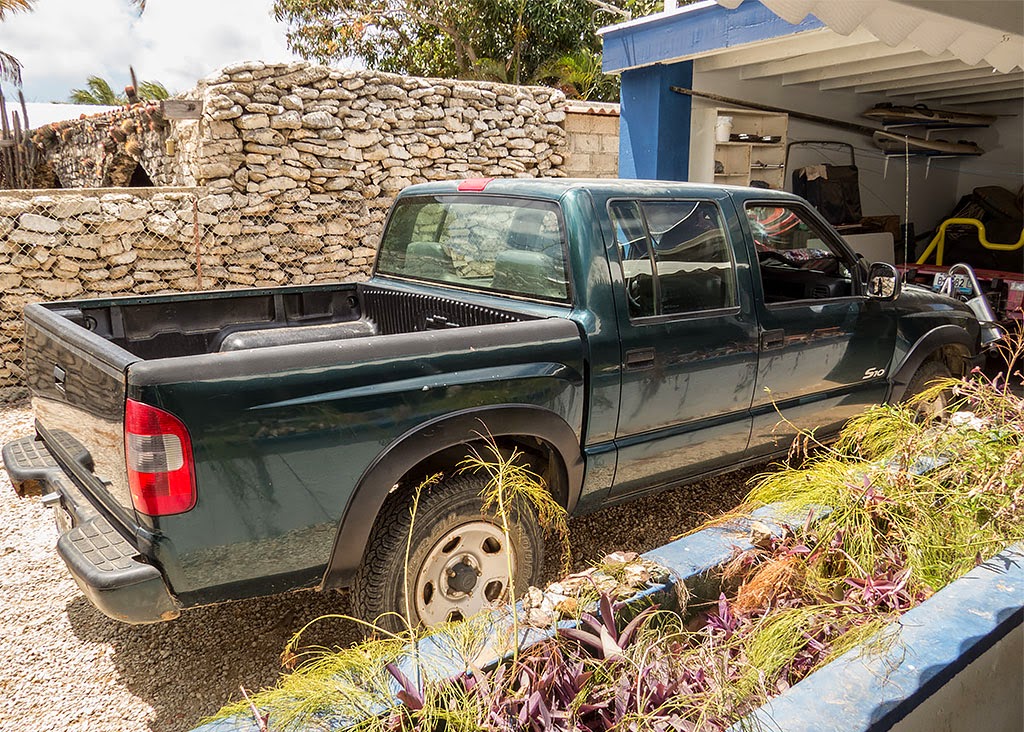 The other morning i had to zoom in to the office at 3 am to rescue the Portuguese feed from Brazil.  The transmitter kindly calls me on the phone when there is "dead air."  I hopped in the pickup and turned on the lights, hmmm, hi beams.  So i clicked the lever to get the low beams and got, total darkness!  Turns out both low beam bulbs were burned out.  It was an easy fix, but quite a surprise at 3 am.  The plastic covers over the headlights were so yellowed and cloudy, that even the high beams weren't very bright.  The previous owner probably just used them all the time.
When I was at our friendly NAPA store buying the headlight bulbs, I also bought a Turtle Wax brand headlight restoration kit, and spent a fun couple of hours hand polishing each headlight housing cover.  Here are before and after pictures of the passenger side headlight. 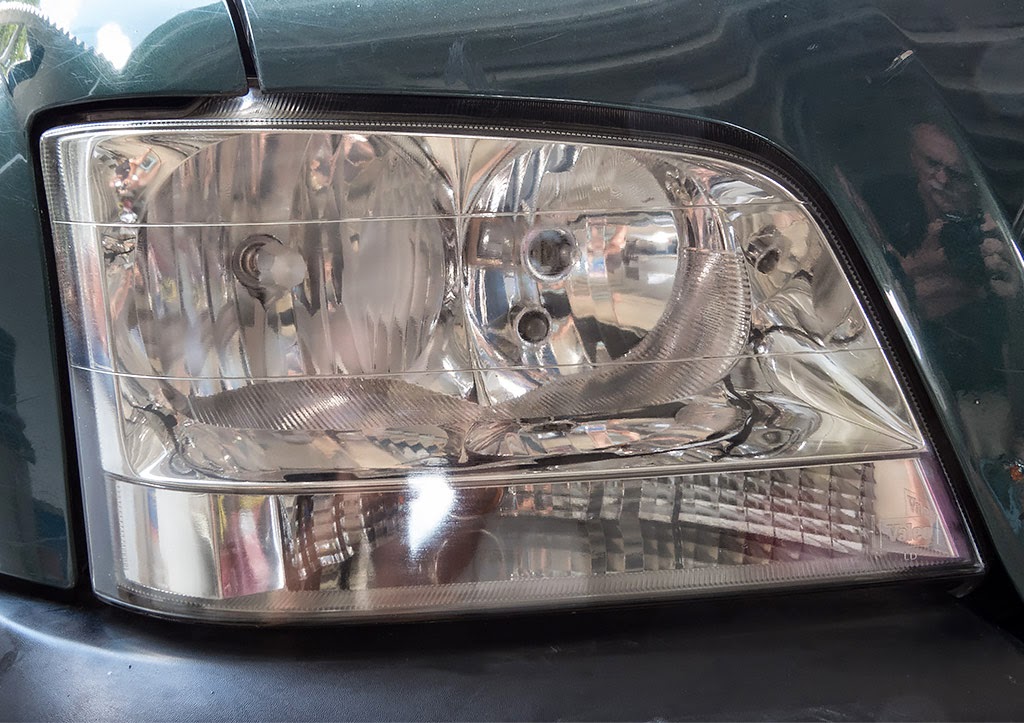 The difference when driving in the dark is like night and day, ha ha. 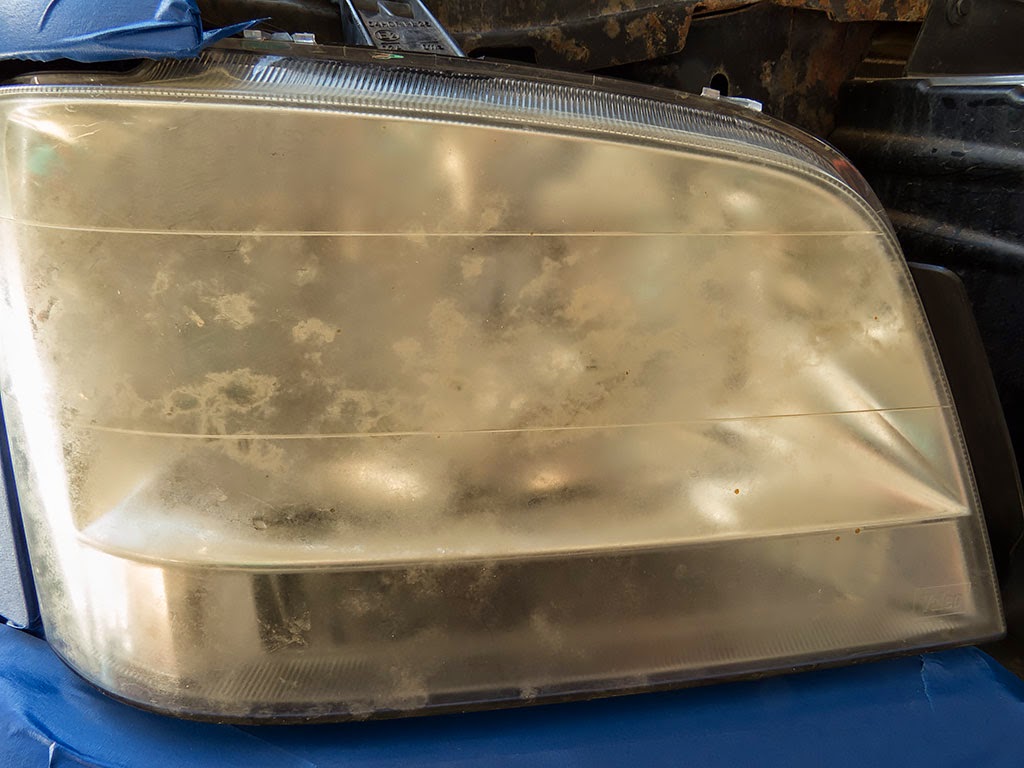