We had some rain last weekend and a few of the colorful Kibrahacha trees popped on Thursday.
The ones in the Sabadeco area and along the dirt road to Rincon, north of Sabadeco were at their peak all day yesterday.


The trees on the hills to the east of Antriol, and the trees around Goto Lake and in Washington park were still dormant. 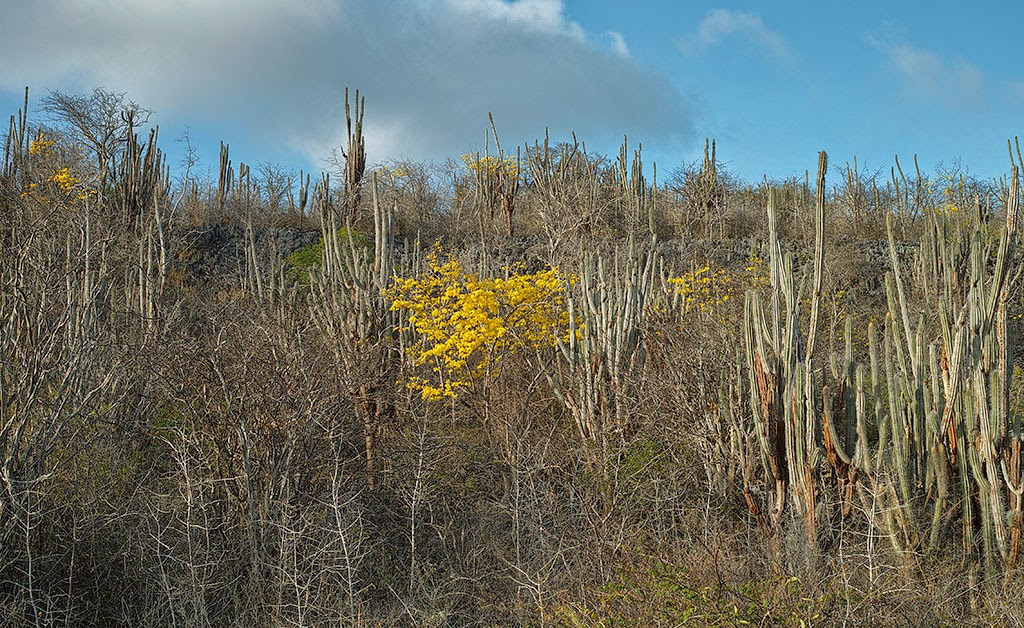 Here is a shot where I tried to capture how dramatically the bright yellow Kebrahacha trees contrast with the gray rocks and dark olive cacti.

I'm always trying to figure out how to get a different kind of image of kibrahacha trees blooming, 'cause the same trees bloom every year.  I've got pictures from most every year since 2004.  You can do a search on this blog to see them.  Someone, maybe my nephew Dan, or maybe Doug Britton, once suggested doing a full moon Kibrahacha picture.  Well, the moon was just full on Wednesday afternoon, so i zoomed out about 10pm. Thursday night to have a try.  I lit the tree with our pickup's headlights, so i could focus, then killed the lights and took the shot.  Here is the result. 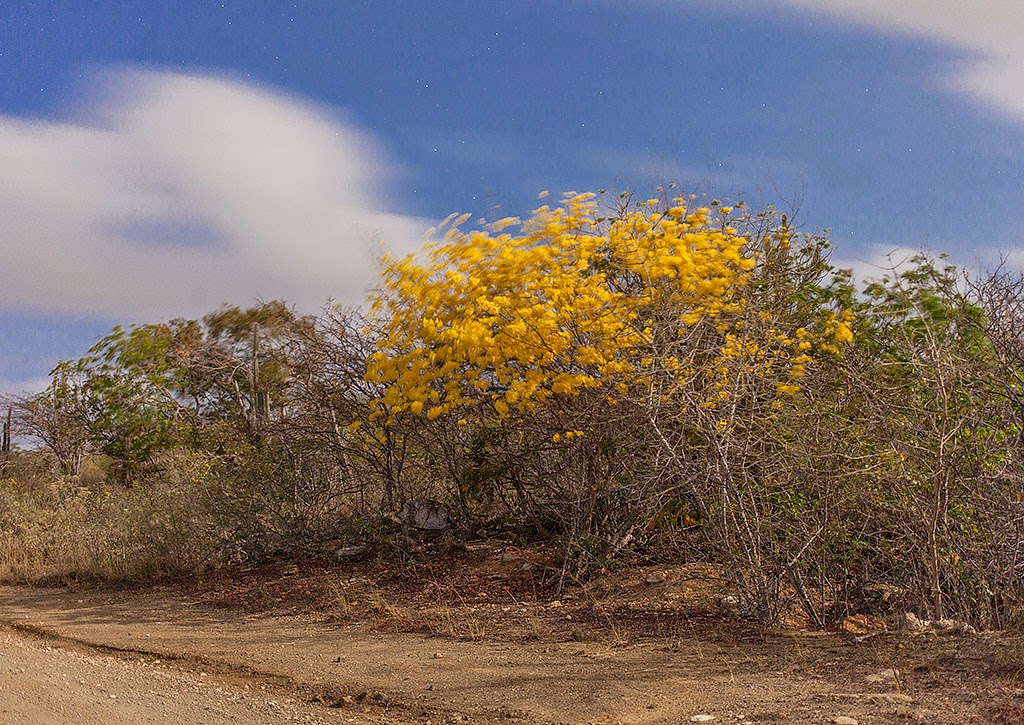 This is a 20 second exposure.  The clouds moved some during the exposure, as did some of the colorful kibrahacha branches.  If you click on the picture to see the larger size version, you should be able to see stars in the sky.  I used the daylight white balance setting in the camera and did not tweak the colors in Photoshop.  As Chuck Roswell once commented, moonlight is reflected sunlight, so it makes sense that the colors will come out pretty well.  The clouds are a teeny bit reddish, which could be reflected light from Bonaire.