I hosted a couple of mini astronomy evenings during the past month.  We looked at the Moon, Jupiter, Mars and Saturn in a telescope.  Also looked at Omega Centari, during the second session.  It was quite awesome at about 100x.

By the way, the Moon was right next to Venus this morning at about 05:30.  It was a very nice pairing.

Whenever I have the telescope out, someone inevitably asks me if I've ever seen a UFO.  I have to say, no.  But we did witness a most amazing re-entry into the atmosphere of a Soviet satellite, one New Year's eve.  It was a UFO, until we found out what it was. :)

In an homage to The Wizard of Oz, and Independence Day, my colleague Dave Pedersen and I are pleased to present the following two images.  In the first shot, Dave encounters a UFO when it lands smack dab on him.  Miraculously, he survived the accident and veteran pilot that he is, was able to take the controls and put that baby through its paces, as seen in the second shot. 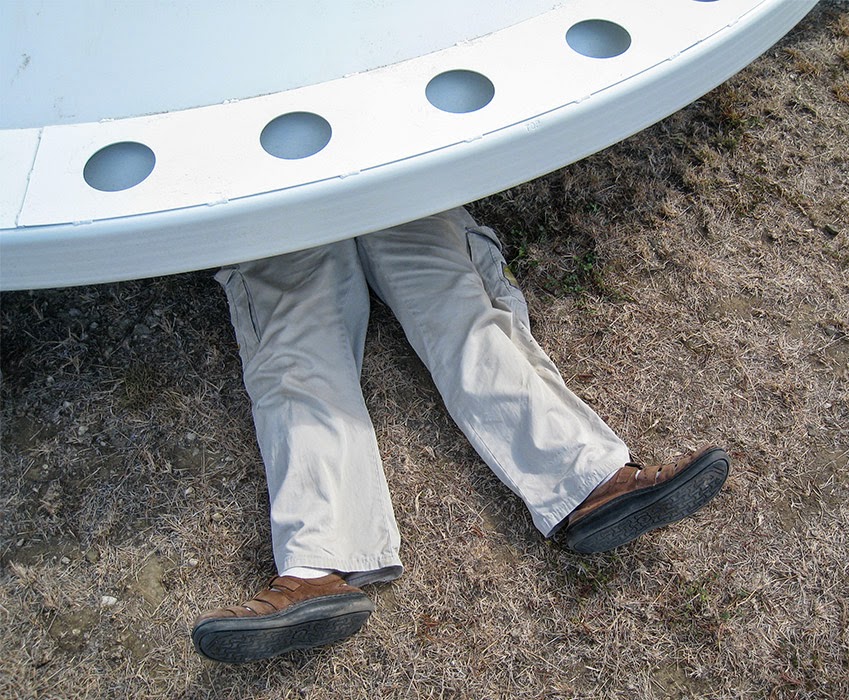 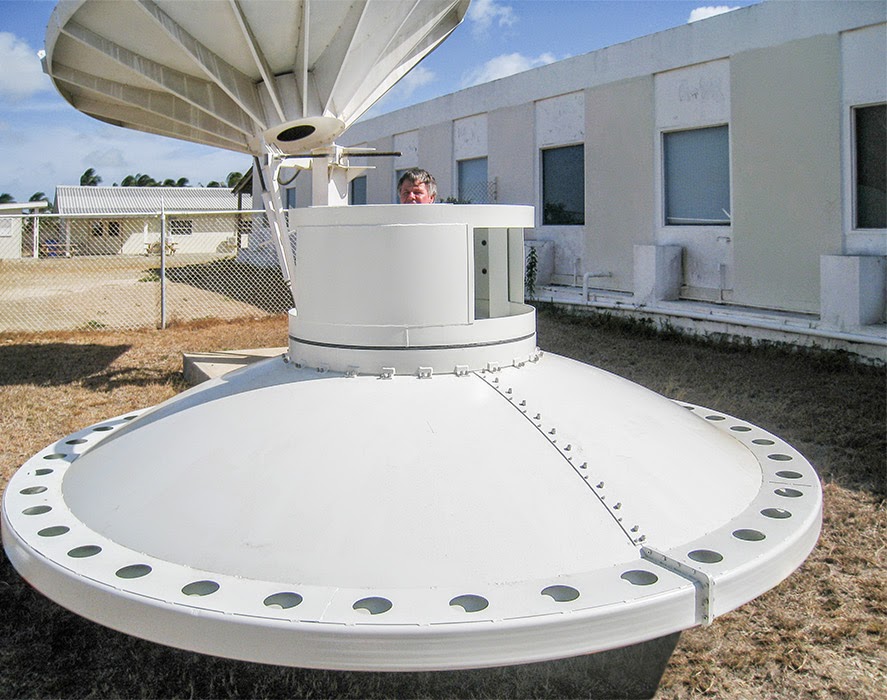