Sandra and I drove through Washington Park back on April 29, and climbed a couple hills. We saw this Trupial sitting on top of a cactus. 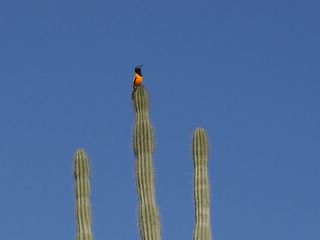 I also took some pictures of the flamingos in the salt flats on your right near the park entrance. It is on my club photo site and is called "flamingopan."

One of the hills we climbed was to the west of the road, at the top of Yuwa pass. 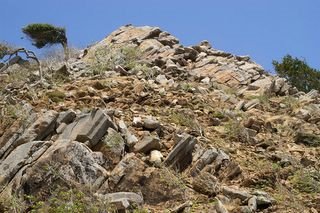 We'll be back to this area, because it is so different from almost anywhere else on Bonaire. 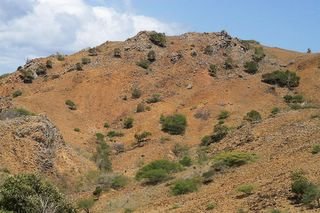 Many of the rocks seem to have formed into giant crystals of some sort, and are breaking apart in big chunks. 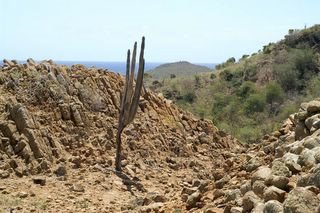 Here is a really cool chunk that has fallen off of an outcropping. 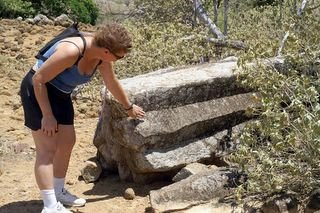