Queen Beatrix assumed the throne in 1980, on April 30, which was the late Queen Juliana's birthday, so the name of the holiday has changed but the date is the same. May 1 is also an international holiday, so we had a long weekend this year.

April 30 is also known as Rincon Day here on Bonaire. They have a huge street fair all day. Here is some of the crowd that was in Rincon on Sunday. 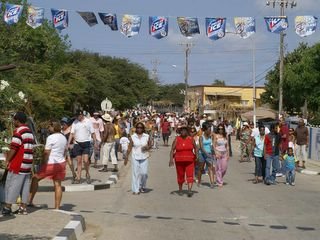 There were many live performances throughout the day, on three stages. Many were of the traditional folkloric styles. 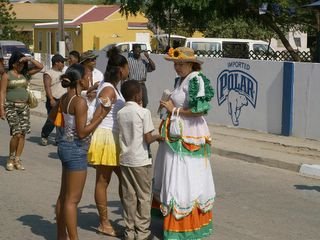 I have a few more pictures on my club photo web site.

We also went to a hill overlooking Rincon and shot a panorama of the whole town. This photo is in the panorama folder on my club photo site and is called rinconpano1.
Posted by Brad