The New Moon is tonight.  That means no moon to us stargazers. 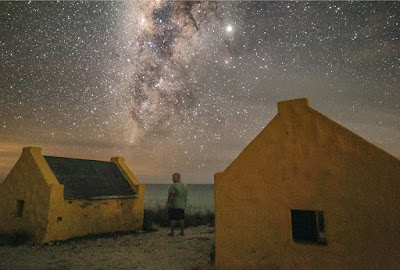 We've had some clear skies again this week. Sandra's cousin, Bud Gillan, and I zoomed down South to check out the stars.

I also shot a few quickie images to remember it by.

The sky glow from Venezuela was much brighter than usual that night.

I read later that two different meteor showers peaked that night, but we didn't see a single meteor over a three plus hour time span.

It was pretty dark out. I couldn't even begin to see the huts when I was standing by the obelisk. The camera collected a lot more photons during the a ten second exposures. 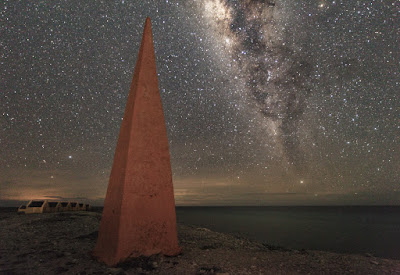