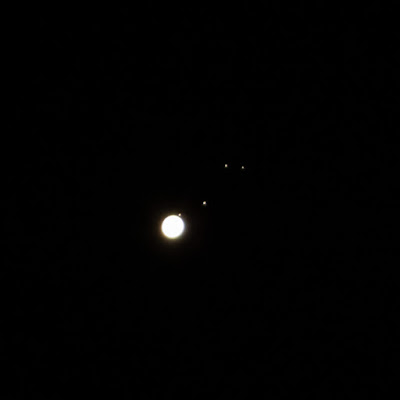 The Moon and Jupiter were close together Saturday evening.  The moon will be next to Saturn on Monday evening.

I tried out the Nikon Coolpix P1000 on the Moon and Jupiter tonight. Its zoom lens extends to the equivalent of a 3000mm lens on a full size camera.

There were three moons of Jupiter visible when we started and then a fourth one popped into view. According to Sky and Telescope, it was Io. If I had been using a telescope, I would have been able to see Io's shadow on Jupiter's disk. 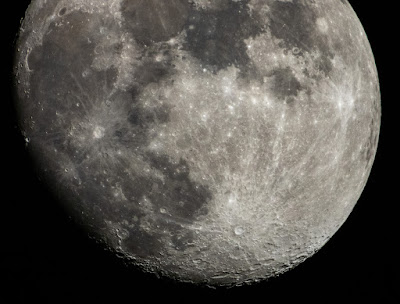