We're planning to sell the buggy soon.  I decided that the new exhaust system I was storing in my office would add more value if it was on the car, rather than sitting in a box.  So instead of waiting (even longer) for the stock exhaust system to rust out, I went ahead and installed the new system. 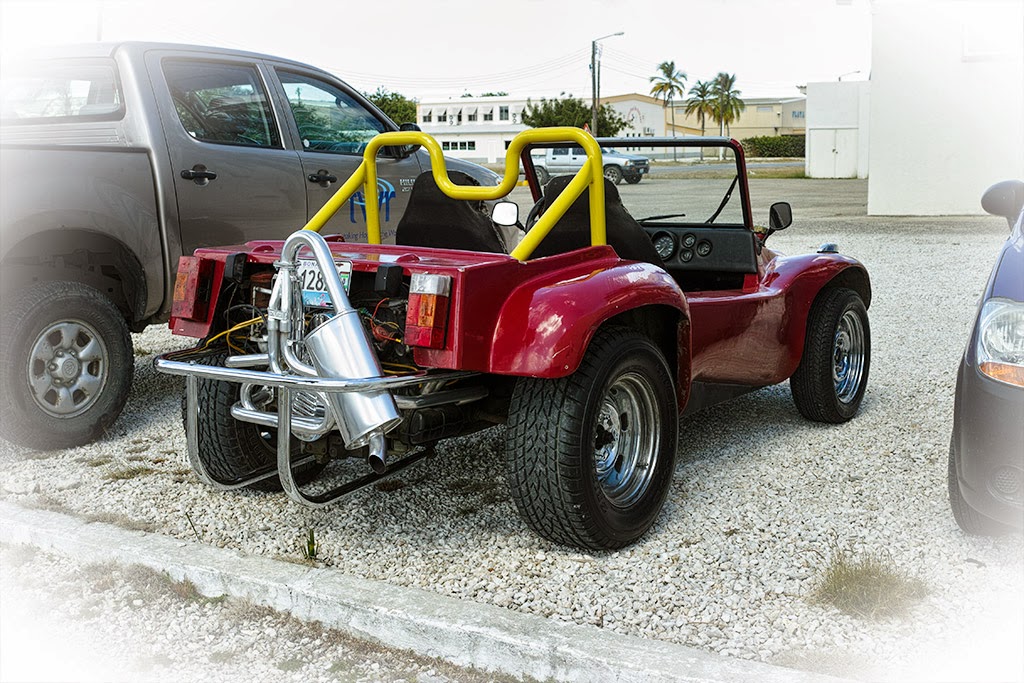 When I cut off the old system, which was the same as what was supplied on a 1970's "VW Thing", I  couldn't believe how thick the tubing was.  I think it would have lasted for years.
The car is noticeably quicker with the new system.  This exhaust really lets the dual carbs breath, and it sounds cool too, even with the quiet muffler.  If I had known the extent of the performance boost, I would have put the new exhaust on a long time ago.  :)