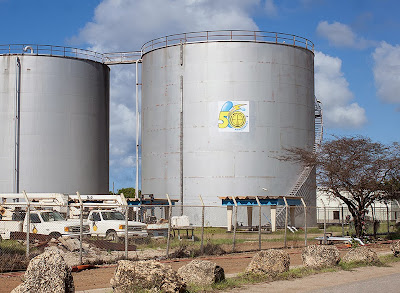 TWR Bonaire will be celebrating 50 years of broadcasting from Bonaire in 2014.  I think the official anniversary events will be in August.

The Bonaire water and electricity company, WEB, is also celebrating its 50th anniversary, as evidenced by this giant logo that recently appeared on one of the water tanks in Hato. 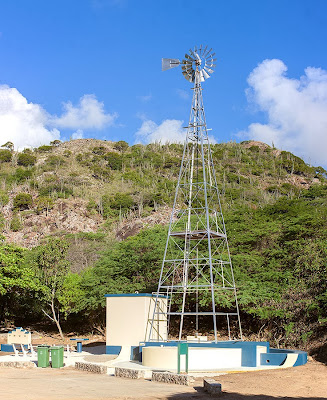 WEB will be doing some community projects as part of the anniversary celebrations.  Their first effort was to renovate the well at Dos Pos.

They repaired the windmill and spruced up the whole area.  It looks great!

Fixing up this well, which supplies water to many in the Ricon area ties in really well with WEB's mission.