Back in October I took a couple pictures of the Milky Way setting behind the TWR antenna towers and made them into posters at Short Run Posters.  I particularly like their 18x24 inch UV coated posters at $5 a pop.  I've got a number of Bonaire scenes hanging on the walls of my office.

I've been hoping for a clear night or two this summer, while the Milky Way is positioned high in the southeast.  Tuesday night was relatively cloud free, but somewhat hazy.  I shot a ton of pictures which I hope to assemble into a short time lapse video clip.  I also combined some of the shots into an image that shows the motion of the stars across the sky over time.  You can see the stars near the south (right side) starting to curve around the south pole, which is below the horizon.  And you can just tell that the stars towards the north are starting to arc around the north pole.  The bright fuzzy patches right in the middle of the frame are the milky way star clouds.  The yellowish streaks towards the lower left are Bonaire clouds. 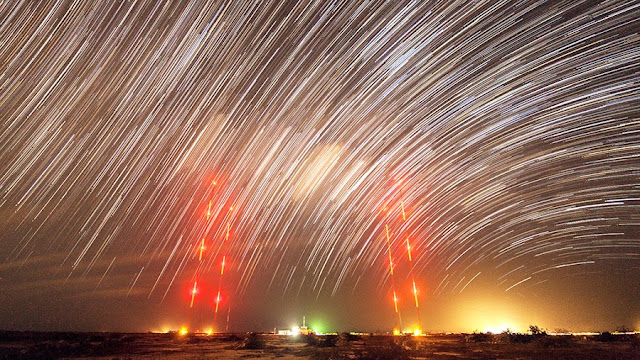 On Wednesday evening, the skies were wonderfully transparent, but there were quite a few clouds passing by.  I patiently waited for a few hours for a break in the clouds, and got a few shots that I think will be keepers.  Here is a first look at one of them. 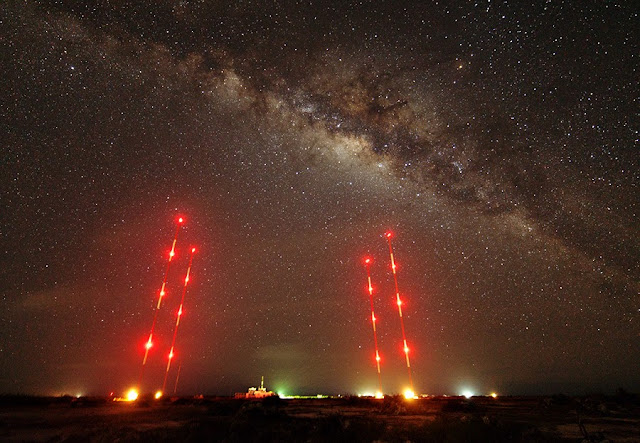 Those shots are incredible!

These are all so beautiful, WOW!