We had a couple clear cloudless nights this past week.  Really good nights are somewhat rare and I try to get out somewhere dark if at all possible.

Here are a couple shots with the Rokinon 14mm lens, looking southeast from the Trans World Radio antenna field. 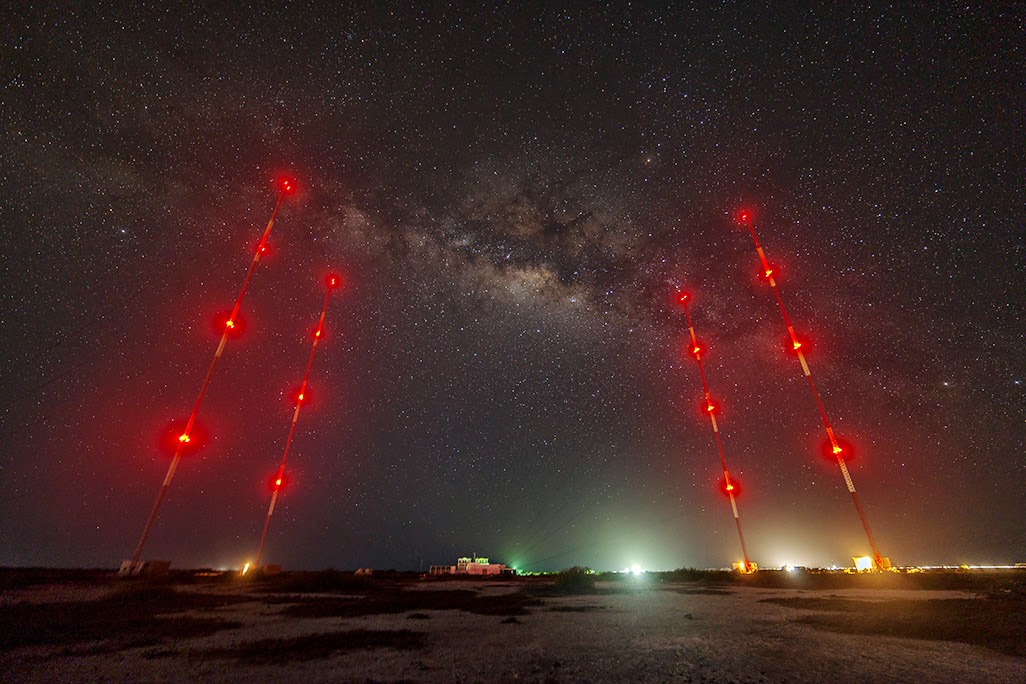 This is a 58 second exposure at ISO 800 and f2.8.  (I shot a few at ISO1600 too, but haven't really messed with them yet.  The tower lights tend to get blown out at the higher ISOs.)  This picture is lightly processed, and then downsized a lot, but not cropped at all.
You can see quite a broad section of the Milky Way; from alpha and beta Centaurus on the right edge of the frame, past Scorpius (above and to the left of the second tower from the right), Sagittarius (pretty much in the middle), Scutum (sitting between the top of the second tower from the left and the left most tower), and on to Aquila (half way between the left most tower and the left edge of the frame.)  And if you look in the top left corner, you'll see the coat-hanger asterism (Brocchi's Cluster.)

The photo below is the same shot with some perspective correction to make the towers stand up straighter.  This makes the stars a little fuzzy, but I like the overall effect. 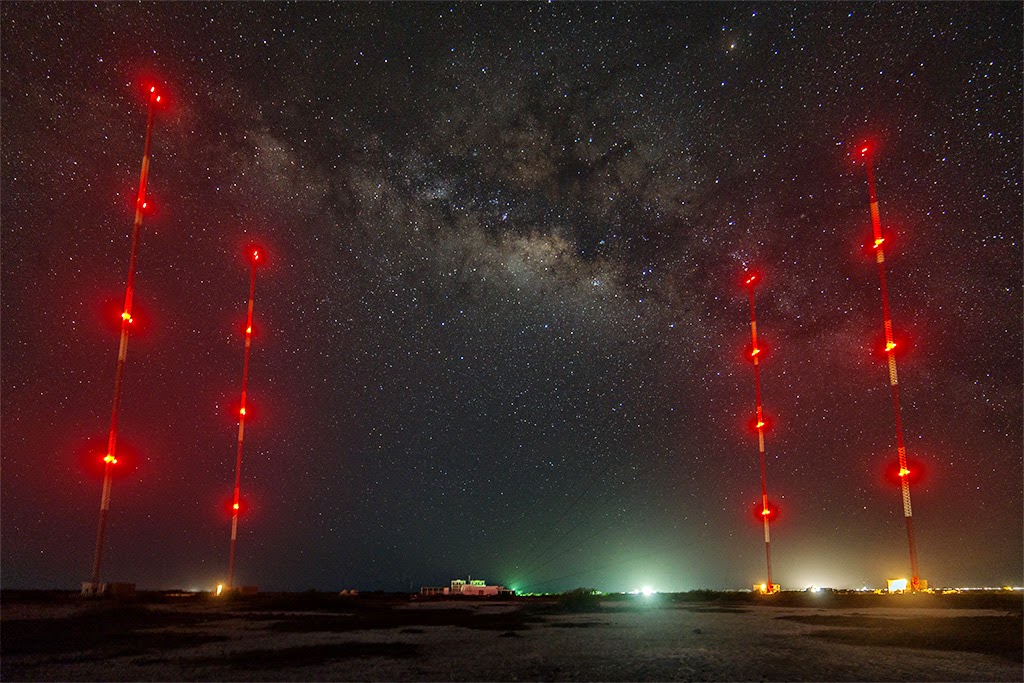